skip to main | skip to sidebar
Transforming your staff's potential

"Rules" to Live By

"Buried in various corners of the web is a beautiful and poignant list titled Some Rules for Students and Teachers, attributed to John Cage, who passed away twenty years ago this week. The list, however, originates from celebrated artist and educator Sister Corita Kent and was created as part of a project for a class she taught in 1967-1968. It was subsequently appropriated as the official art department rules at the college of LA’s Immaculate Heart Convent, her alma mater, but was commonly popularized by Cage, whom the tenth rule cites directly." 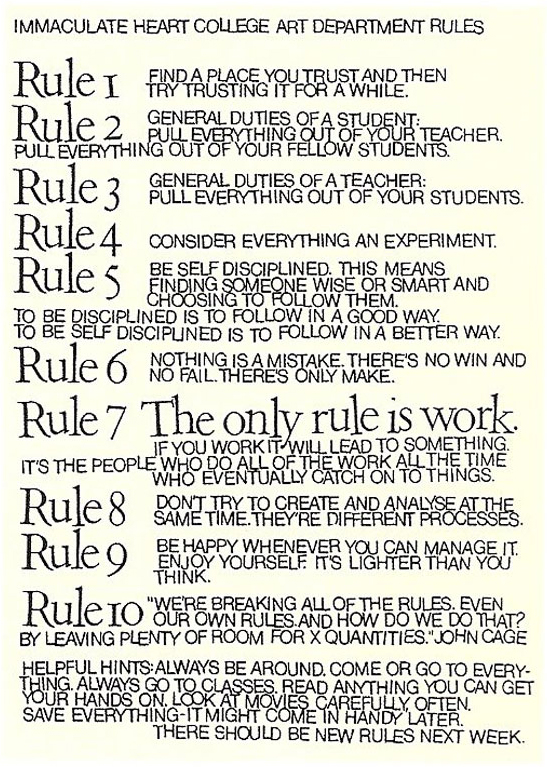 And from Bertrand Russell:


"Perhaps the essence of the Liberal outlook could be summed up in a new decalogue, not intended to replace the old one but only to supplement it. The Ten Commandments that, as a teacher, I should wish to promulgate, might be set forth as follows:

Mary Williams:
An instructional design and training professional practicing in the area of workforce training and professional development.